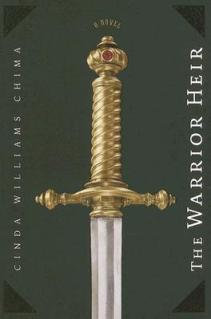 Before he knew about the Roses, 16-year-old Jack lived an unremarkable life in the small Ohio town of Trinity. Only the medicine he has to take daily and the thick scar above his heart set him apart from the other high schoolers. Then one day Jack skips his medicine. Suddenly, he is stronger, fiercer, and more confident than ever before. And it feels great – until he loses control of his own strength and nearly kills another player during soccer team tryouts.

Soon, Jack learns the startling truth about himself: he is Weirlind, part of an underground society of magical people who live among us. At their helm sits the feuding houses of the Red Rose and the White Rose, whose power is determined by playing The Game – a magical tournament in which each house sponsors a warrior to fight to the death. The winning house rules the Weir.

As if his bizarre heritage isn’t enough, Jack finds out that he’s not just another member of Weirlind – he’s one of the last of the warriors – at a time when both houses are scouting for a player.

I wanted to LOVE this book so bad. The cover is awesome (and what originally drew me to it). The idea was intriguing.

Jack is a regular everyday teenager who just HAPPENS to have a lot of weird people that live on his street, including a caretaker named Nick Longbeard (really?) and Aunt Linda who pop in and out of his life. He also almost died when he was a baby and has a special medicine he has to take from this VERY unique Dr. from England who comes to check on him once a year, very herbal and granola like.

Jack is 17 and it’s the day of soccer tryouts and today of all days is the ONE day that Jack forgets to take his medicine….

Unfortunately, that’s mostly how the book starts and I had to roll my eyes already – a 17 year old who has never forgotten to take his medicine? Really?

Anyway. I don’t know. The writing was okay, but to me the biggest thing were the characters. I just didn’t really care about them. The author is trying to talk like a teenager and relate to teenagers…I just had a hard time buying. There were some interesting scenes and the story did progress, but there were a lot of plot holes and not a lot of development that pulled me in.

Also, the relationship between Jack and “the girl”; if that would have played out even semi-romantic or built better tension or made me want to root for them I would have enjoyed the book better. But nothing. A couple of pecks on the cheek, some hugs…it’s like there was no tension at all. With the story plot I guess I understand why she avoided it, but it could have been included so easily and made the story so much better (IMHO).

I did finish the book and the end did get a little more interesting. I promised myself about 75% of the way through that I was only going to give it 3 stars, but the last couple of chapters wrapped the book up better than I thought it would (except for the boy/girl plot) and set the stage up that I might actually want to read the second one, so I had to go with 3.5.

Not a horrible read and not a waste of time, but I didn’t consider it anything fresh or original.

Dear reader: What did you think of the book?